Who was the Masked Magician?

On November 4th, 1997 a TV series began called Breaking the Magician’s Code: Magic’s Biggest Secrets Finally Revealed.  It starred a guy with a mask on that would reveal the “Secrets” of magic.  His name, we now know, is Leonard Montano, a.k.a. Val Valentino, a.k.a. the “masked magician.”

Many magicians hated the “Masked Magician” because they felt that revealing the tricks on TV meant that magicians around the world would be out of business.  There were a few who suffered, because Valentino gave away a few very custom magic tricks that belongs to very specific magicians.  These magicians couldn’t do their routines for a very long time.

But the truth of the matter is, The Masked Magician unintentionally helped the magic community.  Before Valentino went on TV, very few people were talking about magic.  But during the time the series ran, tons of people were tuning in every Thursday night to see how a new trick was done.

The smart magicians watched the show and came up with new magic tricks and new methods to do old magic tricks.  They used the TV show to their advantage!

So, the moral of this story is not to “Reveal the Secret”.  The moral is to be innovative.  Watch what’s happening around you and adjust.  If you can do that, you’ll be a way better magician. 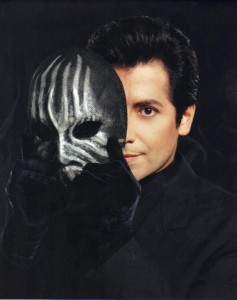