National Program Created by a Team of Magicians Including Famed, Award-Winning Magician Michael Ammar, Teaches Essential Life Skills to Young Children through the art of illusion.

Orange County’s resident magician John Abrams has been awarded the exclusive rights to teach the Discover Magic educational program.  This national program is specially designed to teach key life skills to 8-12 year olds through the process of learning to perform magic.  The course was created by internationally-known, award winning, magician and educator Michael Ammar, and his creative team after nearly twenty years of research.

Studies have shown that the art of magic helps students build key life skills like self-discipline, self-confidence and interpersonal abilities.  In fact, scientists frequently study magicians’ techniques to gain new insight into how the human mind works.  The Discover Magic course is an educational program specifically designed to teach Respect, Creativity, Confidence and preparedness among other things.  In fact, it’s best described as a life skills course camouflaged to look like magic lessons.  Kids become so engrossed and entertained in learning the magic tricks that they don’t realize they’re acquiring skills whose benefits they’ll reap for a lifetime.  Indeed, many opportunities for performing magic tricks arise later in adult life, whether as an ice breaker for businessmen or a doctor who uses magic tricks to put their young patients at ease.

“We’re proud to award John Abrams the exclusive rights to operate the Discover Magic program in Orange County, Caifornia” said magician Michael Ammar, co-founder of Discover Magic.  “Our program has been proven to teach essential life skills like creativity, confidence, planning and practice that last a lifetime.  Studies have consistently shown that kids who learn magic grow up to be adults who are more analytical and discerning, develop keen empathic abilities and social skills.”

Every Discover Magic class features custom created props, one of the Traits of a True Magician, Top Secret file folders for every child and even special bonus material the kids can unlock online with a secret code after each class.  The tricks taught are specially designed to encourage and reinforce the life skill being focused on during that lesson.

John’s traveled nationwide as a Magician, Actor and Emcee. But after years of struggling to become “famous”, he finally found his passion in performing Character-based School Assemblies for Elementary Schools. With over 6000 live shows to his credit, he’s been making his living as an entertainer ever since (over 20 years).

“I have the greatest job in the world. I get to have fun and make a difference in the lives of thousands of children. Now that’s a great deal!” – John Abrams

As father of two beautiful daughters (grown now), and former member of the PTA at their schools, John understands the importance of GOOD CHARACTER and GREAT COMMUNICATION.

In fact, John is the Founder, Creator and Host of “The Variety Artist Podcast” where he interviews successful variety artists from around the world!

Michael Ammar has been called “One of the World’s Most Influential Magicians” by Magic Magazine.  He has received six awards from the Academy of Magical Arts (Oscars of the magic world) and an F.I.S.M. Gold Medal (the Olympics of the magic world).  A veteran performer, his resume includes appearances on Johnny Carson’s “Tonight Show” and the “Merv Griffin Show” as well as the David Letterman Show, CNN, the Travel Channel and has performed live in venues as varied as the Vatican and George W. Bush’s inaugural banquet.  Michael has produced over 40 instructional DVDs and his bestselling book is now in its 21st printing. 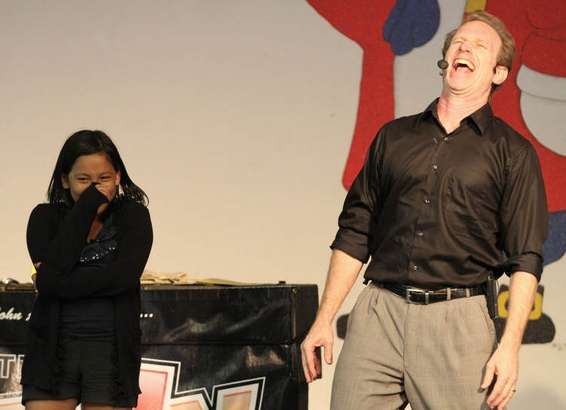 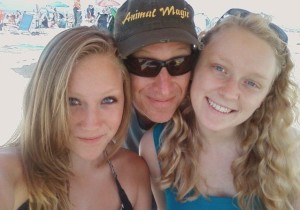