Harry Blackstone Sr. (Not to be confused with Harry Blackstone Jr.) was most famous for Sawing a Lady in Half, which involved an electric circular saw some three to four feet in diameter.

Mr. Blackstone was also known for his amazing Vanishing Bird Cage Illusion.  Where he would vanish the bird and the cage while in the volunteer’s hand.

He was often billed as The Great Blackstone.  He customarily wore white tie and tails when performing, and he traveled with large illusions.

Blackstone Sr.  was truly the last of his breed. 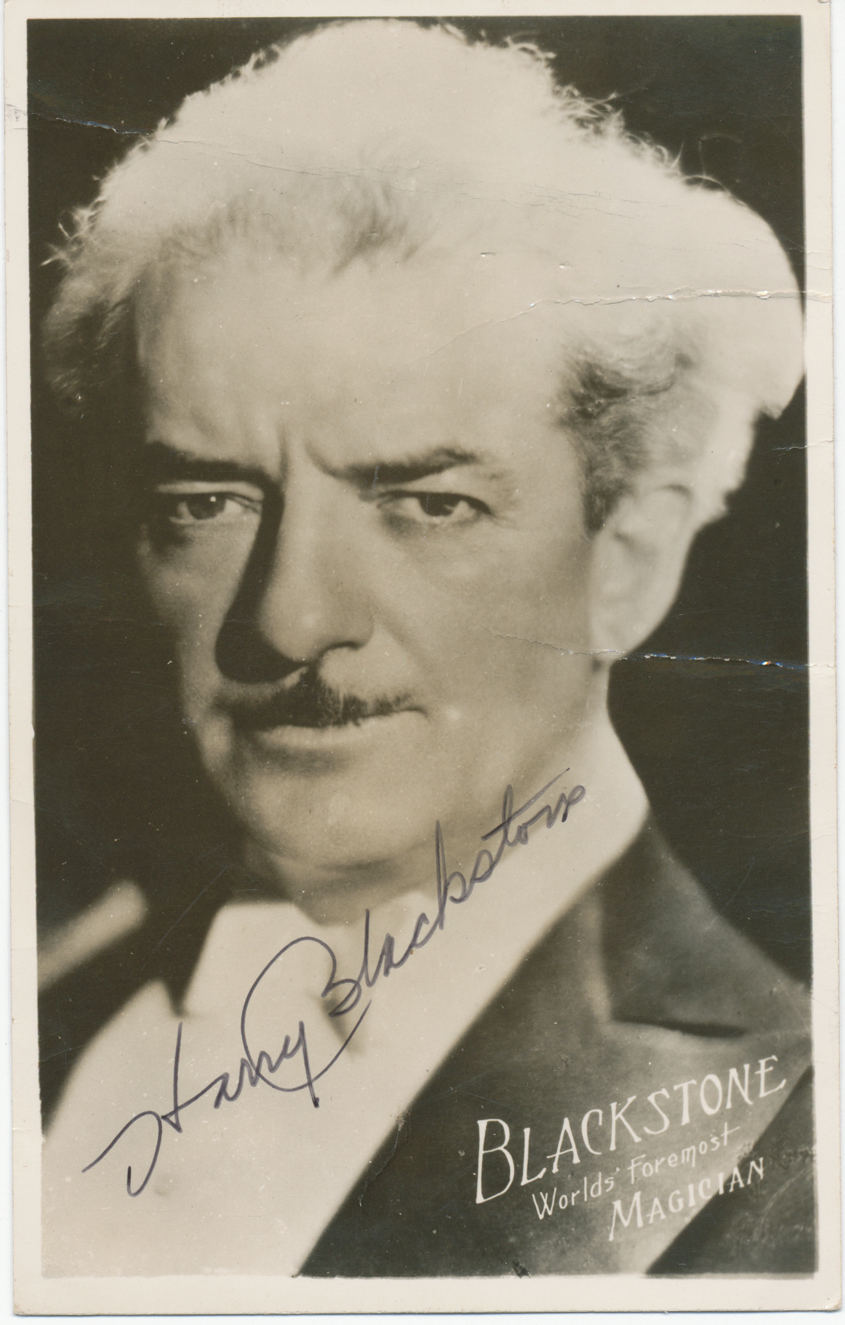